Home > About us  > The INS Trustees > Bernard Bot

Dr. Bernard Bot (1937) was born in Batavia (now Jakarta, Indonesia). He studied Law at Leiden University where he earned Ph.D. and L.L.M.; attended the The Hague Academy of International Law and Harvard Law School in Cambridge (USA).

Presently Dr. Bot holds various public posts including President of the Netherlands Institute for Multiparty Democracy and Chairman of the Board of the Clingendael Institute.

Ben Bot is closely committed to Indonesia and his great achievement is the moral and political acceptance on behalf of the Dutch government of the date of August 17, 1945 as the beginning of the Republik Indonesia. Minister Bot iterated this statement during his speech held in Jakarta on the celebration of 60 years of Independence of Indonesia in 2005.

Ben Bot worked towards this historic event together with his former colleague Hassan Wirajuda, both being initiator of the Comprehensive Partnership, which aims at a close bilateral cooperation between Indonesia and The Netherlands in many grounds. Ben Bot and Hassan Wirajuda are the rightfully laureates of the Linggarjati Award 2013.

As member of the Board of Trustees of INS, Ben Bot wishes to extend and strengthen the ties between Indonesia and the Netherlands and also foster a better understanding within the Dutch community of the developments in modern Indonesia.

In November 2015 Ben Bot presented his book ‘Achteraf bezien’ in which he looks back upon his diplomatic and political career. 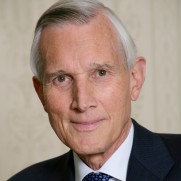