Expert meeting for redevelopment of fort Oranje on Ternate

During the expert meeting hosted by the Indonesian Embassy in The Hague on 28 May 2016, several Dutch experts met with the delegation to learn from their experiences and challenges on the future redevelopment of Fort Oranje.

The Ambassador of the Republic of Indonesia, H.E. Mr. I Gusti Agung Wesaka Puja, emphasized the importance of conserving such valuable shared heritage sites for future learning as they are rich of meanings and wisdoms necessary for the next generations and are yet in demand for proper redevelopment efforts. In return, the experts jointly set up a first draft to a plan of action, which is not only to benefit Fort Oranje, but also some other 60 potential forts in Indonesia.

Main topics of discussion were cultural entrepreneurship, funding methods and finding a balance between authenticity and new use of a historic fortification. The expert meeting was jointly organized by Rijksdienst voor het Cultureel Erfgoed (RCE), Dutch Culture, and the Embassy of the Republic of Indonesia in The Hague.

Indonesia contains hundreds of fortresses that were built between the 16th and 20th century, alongside important trade and shipping lanes. One of them is Fort Oranje on Ternate, one of the Moluccan Islands. Fort Oranje nowadays lays in the busy centre of Ternate City. 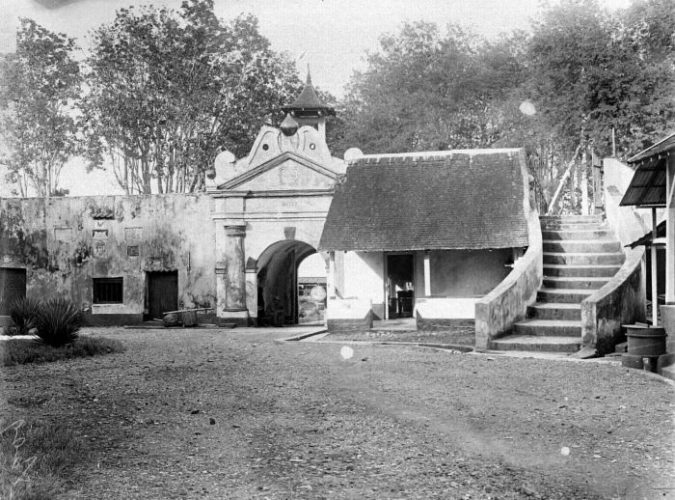