Protecting heritage in Indonesia: doing it the grass roots way 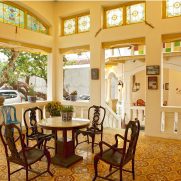 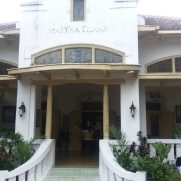 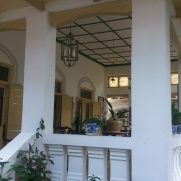 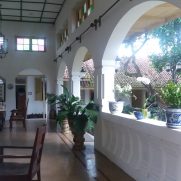 When my car pulled into the courtyard of the stunningly restored Rumah Martha Tilaar in Gombong, Central Java, last July, I thought to myself: well, if this is the way Indonesians handle their heritage, why on earth have they asked me to present an advice on how to improve the heritage function of this enchanting place?

I was right and I was wrong. Of course, Indonesia does not need me or any other foreigner to tell them how to handle their own cultural heritage. As in any other country in the world, built remnants of Indonesia’s past will only have a future if the Indonesians themselves appropriate them. They have to feel that these old buildings tell a story about their history that is essential and therefore worth the time, effort and money it takes to save and restore these old structures so they can keep on telling their stories for generations to come. Since this is a process that will have to take place in Indonesia and by the Indonesians, there is no need for any foreign interference whatsoever.

Work to be done…

But, like I said, I was also wrong. Because after my first tour of the rest of Gombong, I understood that Rumah Martha Tilaar is not the rule, but the exception. During the colonial era, Gombong has always been a military town. Today, built evidence of this can still be found in, for example, the Van der Wijck fortress, the military (former KNIL) compound and the military hospital. I found all these buildings to be in various stages of disuse and disrepair, which, as I understood later, is the case with many historic buildings in Indonesia. With limited funds it is of course very understandable that not everything can be saved and restored but still, it was a sad sight. 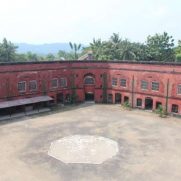 However, what gave me a lot of hope was to see how engaged quite a lot of Gombong’s inhabitants actually were with their local heritage. As I found out over the next two weeks, this local, personal and therefore grass roots initiative of restoring Rumah Martha Tilaar to it’s former glory and making it a place for Gombong’s community has led to a significant increase in interest in and involvement with local heritage and history. An initiative like Rumah Martha Tilaar is, of course, not unique.

Upon meeting a few others of these grass roots heritage protectors, they often asked me the same question: can you please help us find out about the history of this place? When, as a researcher, you have the luxury of being able to walk into almost every archive and being able to find, read and understand (sometimes after some training, I admit) documents that go back hundreds of years, it’s easy to forget that this is not the case if your country has been a colony.

Meeting these heritage activists and hearing about their often very practical problems and questions, made me decide I want to try to do something to support these people. Since heritage in Indonesia is often also partly Dutch heritage, what better way to build a better understanding between our two countries than to work side by side to learn more about the remains of our shared past? I am, of course, not the first to propose this cause of action. A lot of initiatives have been taken already and a lot of good work has been done.

What, in my opinion, still is missing however, is a network that connects these grass roots heritage projects in Indonesia to researchers, experts and other relevant people in Holland or wherever else they might be. A network that gives them the opportunity to ask for support if they have reached a point in their own research beyond which they cannot go any further. A network that enables us all to work together on researching and preserving our mutual heritage. A network to build bridges through our shared past. 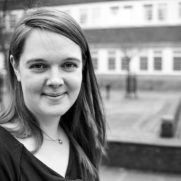